Home   |   Leaving a Legacy for Excellence

Leaving a Legacy for Excellence 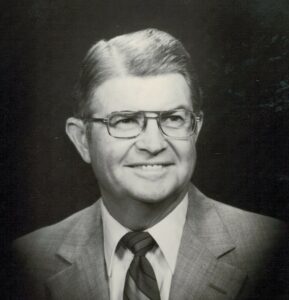 Six years after his passing, Kenneth Gorden (Illinois 42) keeps on giving and his FarmHouse legacy continues.

In early May, we received a wonderful note from Ken’s son, Paul Gorden, along with a generous five-figure gift from Ken’s estate designated for his endowment fund to benefit the Illinois FarmHouse Chapter, tripling its principal.

The Ken Gorden Endowment Fund was one of the very first with the FarmHouse Foundation, which he established in 1990. The purpose of the Fund provides funding for the Illinois Chapter to use for educational purposes such as speakers, seminars and/or retreats to benefit chapter members with a focus on goal setting, group dynamics, interpersonal relationships, financial planning and motivational training. For example, with the new Dyad student assessment research, the Illinois FarmHouse Chapter will be able to use the spending allowance from the Fund for educational programs that focus on current student needs along with diversity, inclusion and equity awareness.

Ken, formerly of Blue Mound, Ill., spent his career farming for 45 years until his retirement in 1998. As a college student, he served in the U.S. Army, as a field artillery officer in WWII, then returned to the University of Illinois to finish his bachelor’s degree in agriculture. For many years, Ken taught agriculture to veterans who were beginning their careers and was involved in countless organizations in his community. He was also heavily involved in the University of Illinois’ Alumni Association, including as president, and received numerous awards for his successful farming career and service to others. Ken and his late wife, Betty, traveled extensively throughout the United States and visited over 30 countries. After 94 years of a life well lived, ken died Sept. 8, 2016.

The following is the letter we received from Paul, emphasizing Ken’s forward thinking and his vision as the purpose of the Fund states, “for programs of a ‘value added’ nature that expand the horizons and encourage excellence.”

From the words of Paul Gorden…

“As a child of my late father, Kenneth Gorden (Illinois 42), there was no doubt FarmHouse Fraternity was not just a place but also an experience and opportunity to grow beyond himself. In his era, the world, heretofore, was a place about which one mostly just heard or read. His campus experience at FarmHouse gave him the vision to see the connection of the local individual to a global perspective.

Dad was forward thinking as any of his peers, perhaps more than most. Investing in the future was never a problem for him. Whether planting seeds for the year’s crop season or planting “seeds” that will benefit the generations that follow, he understood both were important.

I am honored to complete dad’s last personal contribution to his endowment fund, the Kenneth Gorden Fund.

We applaud the many FarmHouse members who will benefit from his vision.”

We celebrate Ken, his generosity and vision for helping FarmHouse young men achieve excellence. We also are reminded how his giving demonstrates the legacy we all can leave—on our own families, organizations and the people important in our lives.

Would you consider Ken’s example and how you might leave a similar legacy with FarmHouse? Your philanthropy and dedication, like Ken’s, will have a lasting effect as lives are changed, not just someday, but everyday and forever.