Home   |   “Daddy” Doane was a Philanthropist

“Daddy” Doane was a Philanthropist 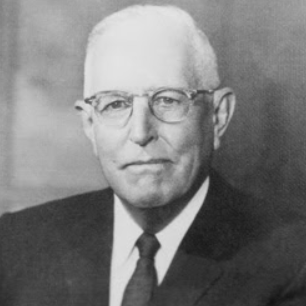 D. Howard (MO 05) and Nancy Doane were philanthropists. Probably the first I had ever met when I came to work for FarmHouse Fraternity and Foundation. Howard was one of the six members of the first Board of Trustees when the FarmHouse Foundation was founded on Nov. 2, 1965, and continued to serve until 1976. Not only were he and Nancy generous in their support of the Foundation from its beginning, but they also provided substantial support to the University of Missouri, the Missouri 4-H Foundation, the School of the Ozarks, Doane College and the Presbyterian Church during their lives and in their estates. These are the recipients of their munificence that I recall. There were probably others as well.

When Howard died in 1984 at the age of 101, he left the FarmHouse Foundation a bequest of $50,000. It was the largest single gift the Foundation had received up to that time, and possibly the first bequest as well. We were able to raise another $50,000 from the membership and friends of the Fraternity in his memory. This was the first concerted fundraising campaign that I recall working on for the Foundation. I don’t remember what the Foundation’s endowment or total assets were in the mid-1980s, but I doubt that they were much more than $200,000, if that.

Since that time, thanks to the tremendous generosity and philanthropy of thousands of FarmHouse alumni, the endowment has grown to over $17.2 million (as of 2/28/15).

Like D. Howard Doane, through the FarmHouse Foundation, alumni have the opportunity to honor the past and provide for the future. The lasting impact of bequests has helped shape FarmHouse Fraternity today and into tomorrow.

Ten thousand dollars ($10,000) is the threshold for establishing an endowment with the FarmHouse Foundation. This can also be done during your lifetime with a lump-sum gift or spread across up to five years.

An endowment fund is an investment you can designate to leadership training; academic scholarships; study abroad opportunities; safe, comfortable and competitive chapter housing; unrestricted support of the Fraternity and Foundation; or other educational programs to benefit young FarmHouse men in perpetuity.

For many alumni and friends of FarmHouse, a charitable bequest is an easy way to make a gift to the Fraternity. By means of your will or other estate plan, you can name the FarmHouse Foundation as a beneficiary of a portion of your estate, or of particular assets in your estate.

Many of the most powerful gifts with an enduring impact have been bequests, including “Daddy” Doane’s in 1984. Giving by bequest costs nothing now, but it can give a great deal of satisfaction to know your future gift will leave an enduring legacy.

We would be very pleased to add your name to the list of our FarmHouse Legacy Society!

Watch a video by D. Howard Doane’s on FarmHouse.